Back to the Home

What is Back to the Home?

So he set out in search of great treasure. And when he was far enough from home he looked back and realized that his own cottage — the glittering kitchen window like gold spilling out from an enormous and overflowing wooden chest — contained just such a great treasure, but it had been too large and too close to be seen.

Another way to explain it would be to say that the way forward is to go back: to local economics, local food, local culture, local government, local education, and local social circles. To go back to neighbors and family and doorknobs and sitting chairs and bugs and trees and things we can feel and smell and wrap our arms around. To go back to the things which shape us most, but which are often looked past or too close to be seen. We must go Back to the Home. Because human flourishing and meaningful progress — in culture, in government, in marriages, in human development, in the spiritual life — comes from strong, thriving, overflowing homes.

So much of what ails the world begins at home. But instead of pouring ourselves more fully into our homes, we’ve been lured further out of them. We’re funny creatures. We call ourselves “enlightened” and then discontentedly race after the edges of an expanding universe, when everything we really need is already within our reach.

The sum of many diverse, ancient, and currently emerging movements

The move back to the home manifests itself in many ways; from simple-living, homesteading homeschoolers to local-foodie, minimalist, distributist entrepreneurs to debt-averse, recovering-info-glutton craftsmen to nature-loving, sustainably-minded, tiny-house homemakers — and every combination in between.

And though diverse, if one puts each of these varied movements onto the same map, we begin to see that they are really pointing the same way and toward the same thing. No matter how one expresses them, they all lead the same direction: Back to the home.

The 5 pillars of the Back to the Home movement:

If you’re interested in any of these at all, pop your email in below. There is great treasure at home, just waiting to be discovered. 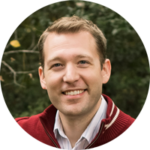 My name is Matthew Warner. I’m a 39 year old engineer-turned-entrepreneur, Texan and Aggie with a beautiful wife and 6 kids. We’re on an exciting journey back to the home.

Join 10k+ folks who get the fortnightly email ->